NEWS ON THE HEART OF NUBA FILM AND SOCIAL IMPACT CAMPAIGN

There have been some exciting new developments with Dr. Tom Catena, Mother of Mercy Hospital and The Heart of Nuba that we wanted to share with you.

We hope you know how valuable your support of Dr. Tom’s work has been. He has said that if it weren’t for the support generated by The Heart of Nuba and the coalition, he is not sure Mother of Mercy would even exist today.

Thank you, and we hope you will come forward with us to continue to stand behind Dr. Tom and his life saving work.

If you have been following events in Sudan former President Omar al-Bashir’s trial in underway in Khartoum on corruption and money laundering charges. In May, he was was charged with incitement of and involvement in the killing of protesters during the anti-government demonstrations.

Sudanese authorities, however, have so far refused to deliver al-Bashir to the International Criminal Court, which has issued warrants for his arrest over alleged atrocities and human rights violations during the conflict, something particularly relevant to the people of the Nuba Mountains. (more info)

In the meantime, peace talks are underway between the new government of Sudan and the rebel groups in the country. The talks are being hosted by South Sudan.

In recent weeks we were greeted with the heartening news that a humanitarian corridor has been agreed to that will include the Nuba Mountains. 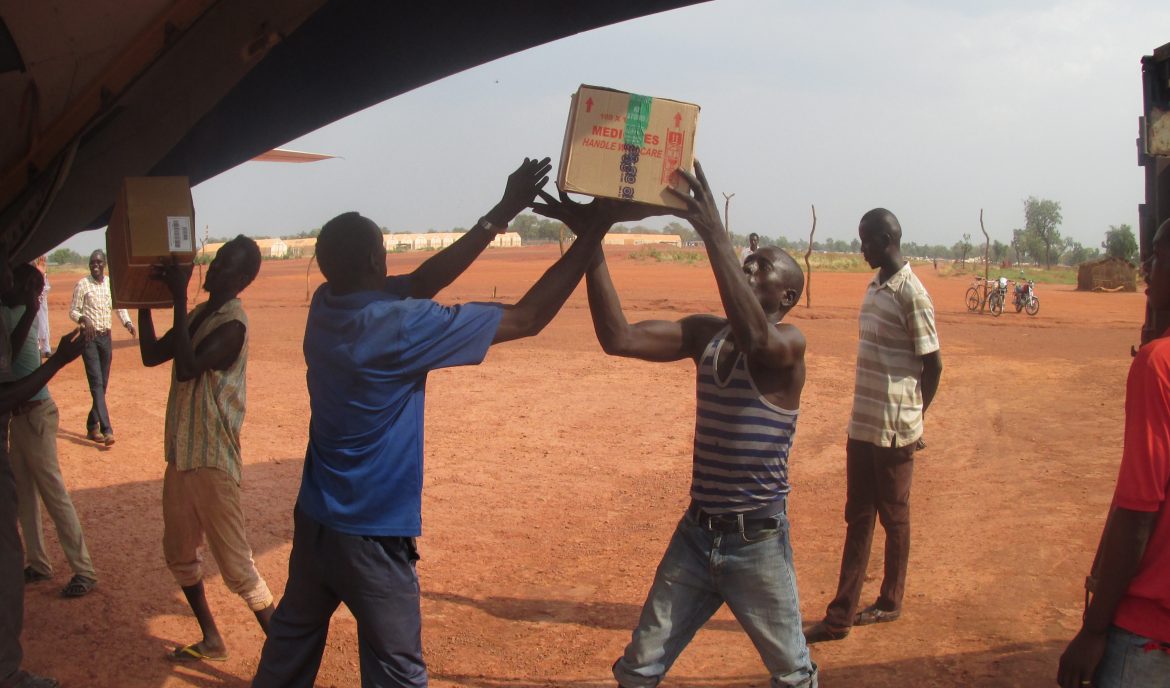 It is a tremendous relief that a protected route is being put in place for medicine, supplies, and food to meet the critical needs of the Nuban people.

GOLF OUTING RAISES MORE THAN $100,000 FOR MOTHER OF MERCY HOSPITAL

Steve Kettelberger has been one of the strongest supporters of The Heart of Nuba, Dr. Tom, and the Mother of Mercy Hospital. This year he really outdid himself.

President of Blue Rock Construction in Philadelphia, Steve first met while playing football at Brown University. As he has followed Dr. Tom’s work, he has gathered friends, colleagues, and community members to join him in fundraising for the Mother of Mercy Hospital. 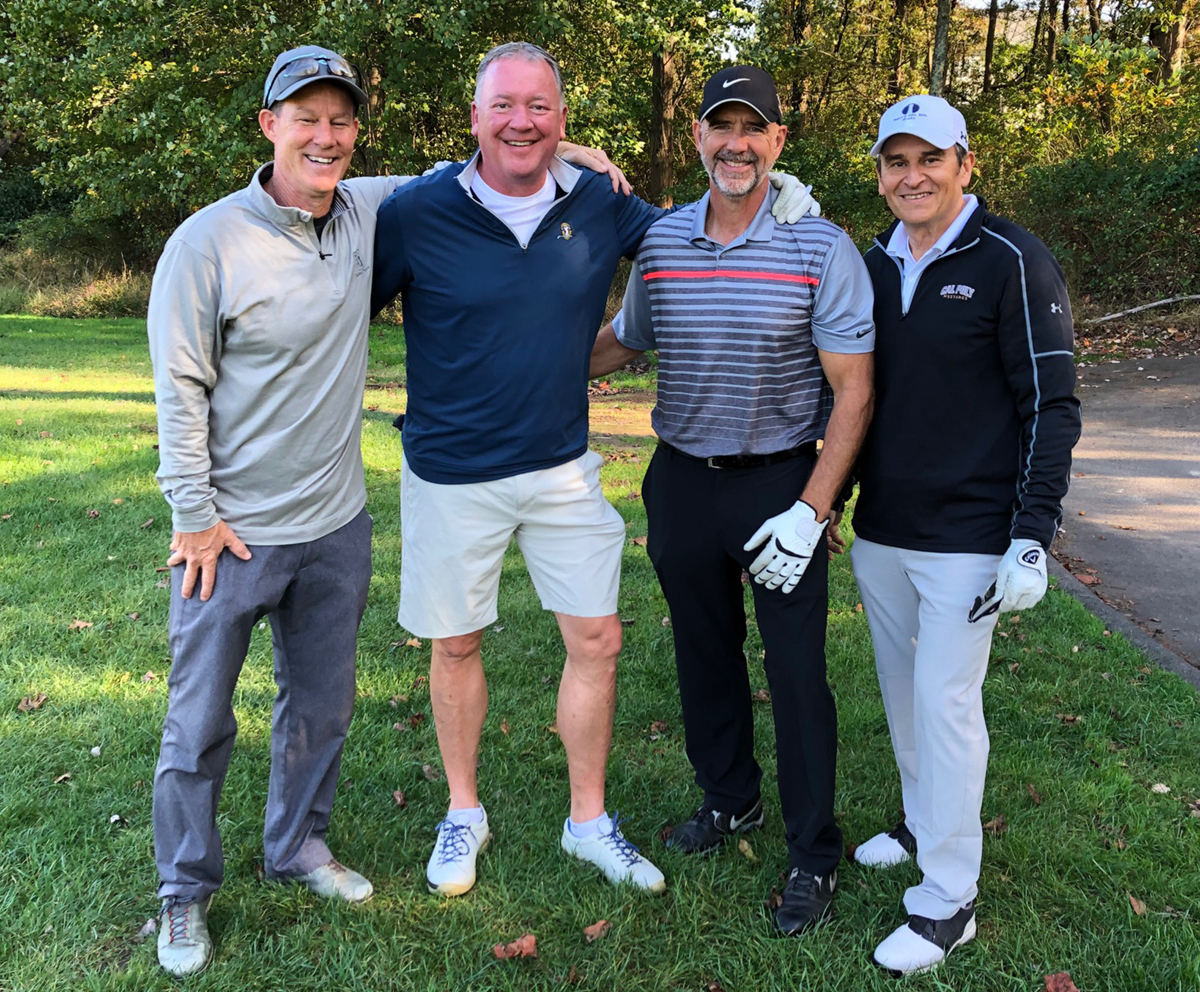 This month, Steve (left in photo) held a golf outing and fundraiser, a day of golf and camaraderie, with prize baskets and raffle items. The event raised more than $100,000 for the hospital!

As always, 100% of the funds received go directly to medicines, supplies and training of the Sudanese staff at Mother of Mercy.

Katrina Carlson has always been a front-line supporter of Dr. Tom and The Heart of Nuba, writing and performing “Bloom,” the original song for the film, and traveling across the country to perform at special screenings.

So we are excited to announce the December launch of Katrina and Jefferson Denim’s “Crazy Amazing Humans” podcast featuring Dr. Tom Catena and director/producer Kenneth A. Carlson discussing Dr. Tom’s work at the Mother of Mercy Hospital in the Nuba Mountains, the making of The Heart of Nuba, and the the impact it has had on the region. 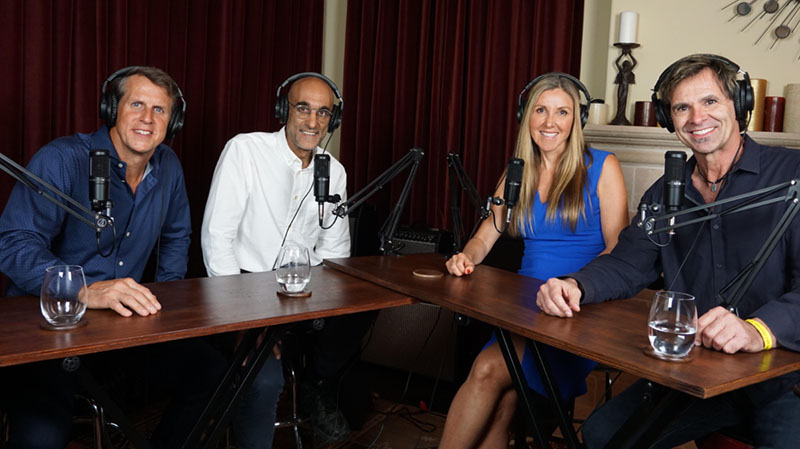 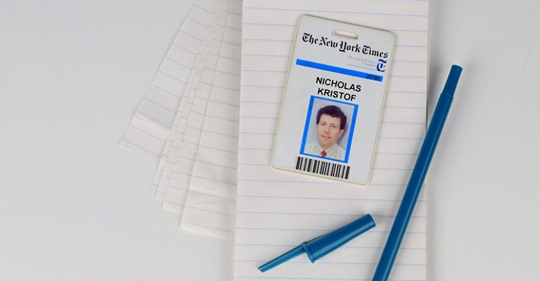 New York Times columnist Nicholas Kristof travels around the U.S. and the world, shedding light on crises and unsung heroes. After 35 years at the Times, he compiled some of the work that is still particularly meaningful to him. He included his stories on Dr. Tom and Mother of Mercy hospital amid touching and moving stories of the Tiananmen Massacre, child sex slaves, persecution of the Rohingya in Myammar, saying:

”Side by side with the worst of humanity, you encounter the best. I’ve made repeated trips to the rebel-held Nuba Mountains of Sudan, where the government dropped bombs and starved villagers, and there I met an extraordinary human being, Dr. Tom Catena, who has devoted his life to providing medical care as the bombs fall around him…”

DR. TOM SERVING AS CHAIR OF THE AURORA PRIZE INITIATIVE

The 2017 Aurora Prize was a tremendous boost and support for Tom Catena when he was in the middle of crises at the hospital, struggling with too few resources to care for children and adults burned and maimed by bombs being dropped by their own government. Today, with the ceasefire holding, and visiting physicians providing support, he has been able to repay the support. 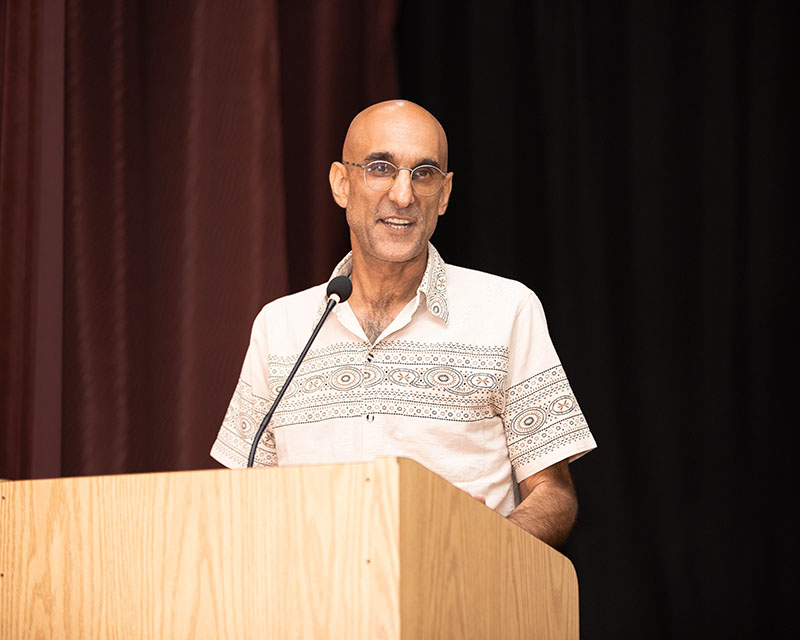 While serving this year as the Chair of the Aurora Prize Initiative, Dr. Tom has taken time from the hospital for occasional travel to raise awareness of the award and inspire others to follow in his footsteps of service. This has included talks around the U.S. and elsewhere, and even a special blessing from Pope Frances.

THE HEART OF NUBA IN YEREVAN 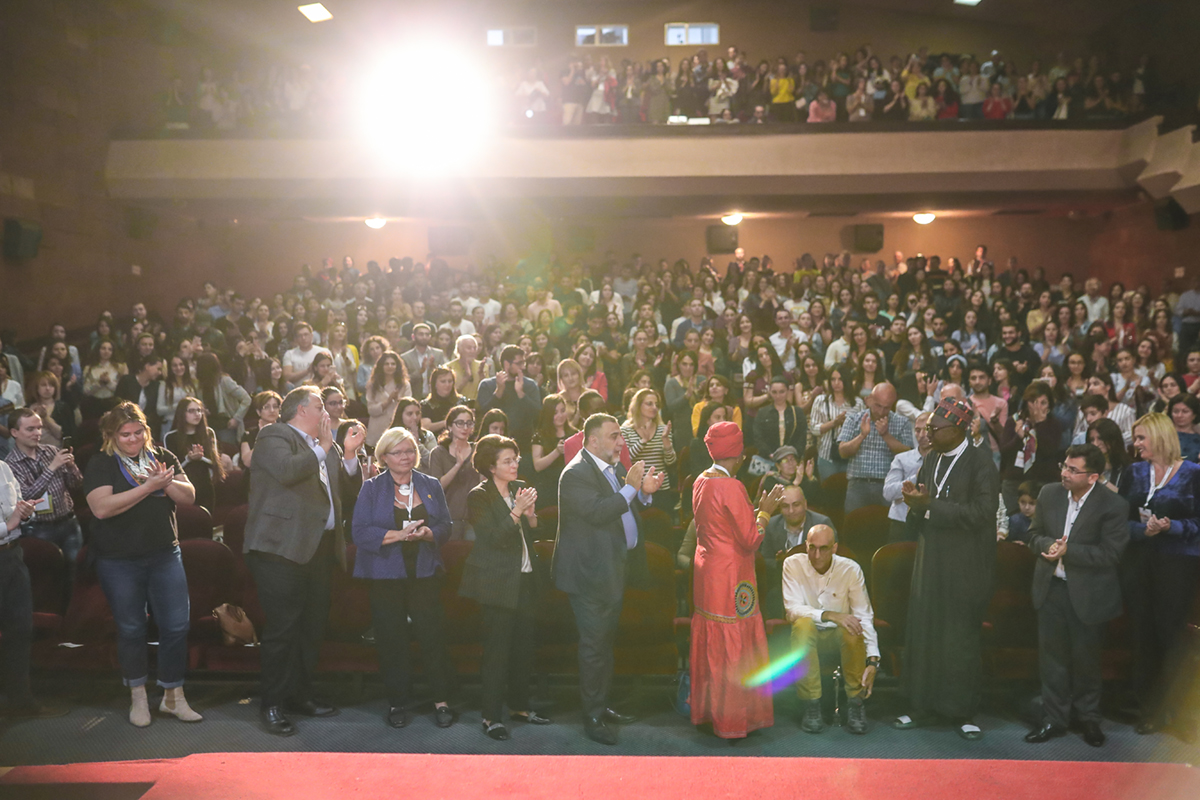 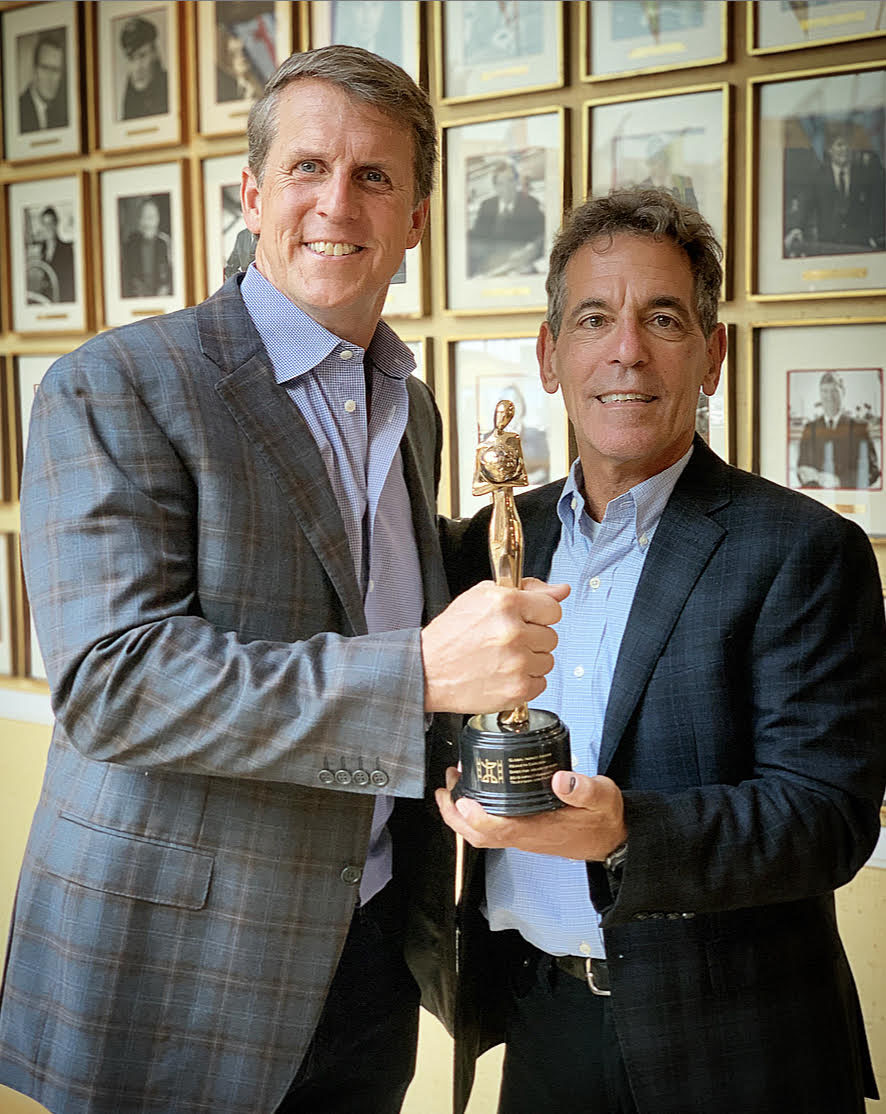 The Heart of Nuba screened at the 2019 Impact Humanity Television and Film Festival in Yerevan, Armenia in October. The film festival is produced under the umbrella of the Aurora Foundation.

The screening, in the famous Moscow Theater, was sold-out — standing room only! The Heart of Nuba received a 10 minute standing ovation (above), and won the Global Impact Award from the festival. After the festival, the award was presented to Kenneth A. Carlson by Executive Director Craig Sussman (left).

We wish you a blessed Thanksgiving holiday.

We would like to thank our coalition partners for their tireless work in promoting and protecting human rights, providing humanitarian aid, and advocating for the people of Sudan.